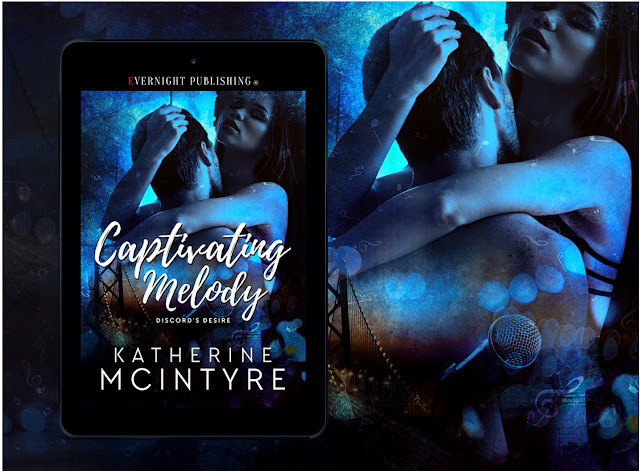 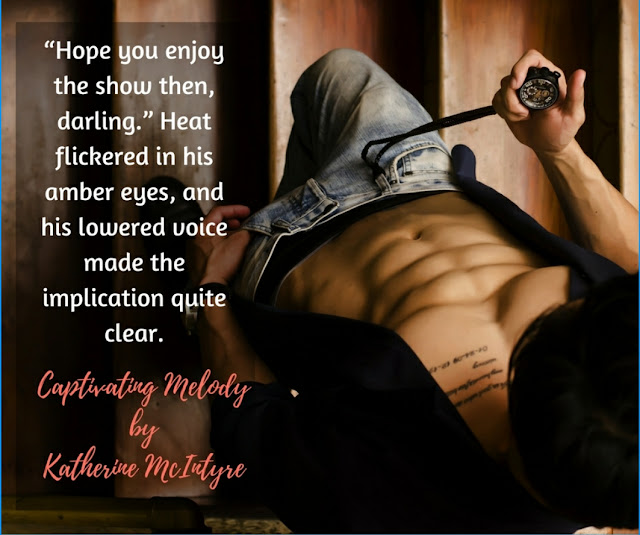 However, when Kieran’s brother sends hitmen after the band, Liz discovers hunters with her abilities who are mortal enemies of the fae. Mercenaries might attack post-show, but Liz has her Beretta to handle that. What terrifies her more than any monster is how she’s falling for Kieran, which triggers every ‘run-away’ sensor in her foster kid handbook. With war brewing between the hunters and the fae, their love can only end in heartbreak. 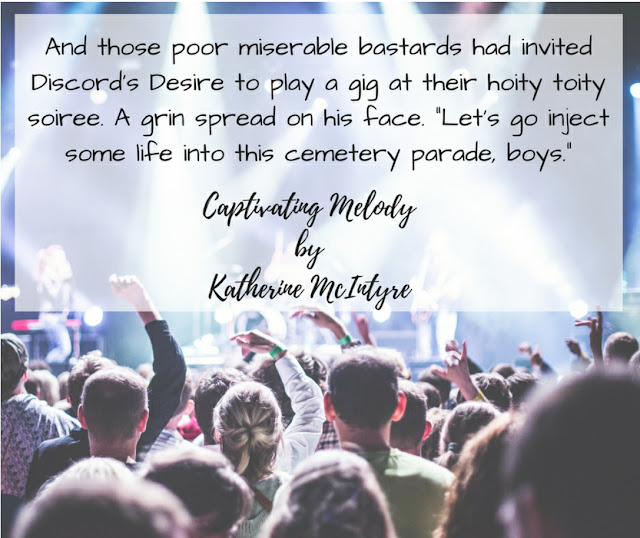 Excerpt:
To her relief, the lights dimmed even more, and the spotlights circled to the front and center stage, casting a hush through the crowd. A smile curled her lips once Kieran’s sultry voice came over the speakers, the effects dropping like a pheromone bomb onto the audience. A visible ripple didn’t cascade through the air, but once his voice reached a familiar intensity and the rest of the band began playing, a huge scream resounded through the crowd.
Even without the incubus abilities at work, she had to admit, the man possessed a toe-curlingly sexy voice. As she scanned over the crowd, the beginnings of the orgy broke out, where strangers locked lips and deepened their kisses. A pair in front of her started getting handsy, and all of a sudden shirts were coming off. They weren’t even finished the first song, and the scent of sex laced through the room.
Liz let out a sigh. This was why she stayed backstage during the shows. Her glamour-resistance turned her into the one sober person at this lust inspired rager. Her dry spell would have to continue for now since she refused to hook up with the tool next to her and didn’t mainline the swell of sexuality like everyone else. Plus, with Mr. Fae Bartender behind her, she needed to act with extra caution. Bolting from fae sent the same message as a red flag to a bull—pretty please, come chase me.
On stage, Trevor thrummed away at the guitar, his fingers plucking over the strings with the skillful focus he always employed. He leaned up to the mic in front of him to add in the background vocals, the sensual tenor blending with Ky’s baritone. Renn’s hair flew as he thrashed away at the drums, his hands moving lightning fast and his hooves tapping the pedals. Meanwhile Jett romanced the length of his bass, providing the deep undercurrent the siren always did as those notes came out soul-wrenching.
Kieran’s voice reached a crescendo, drawing her attention front and forward. Normally when he sang, his gaze cast far and wide over the audience, as if he were romancing the crowd as a whole, but tonight, his eyes were locked on one person alone. She tried to swallow, but her throat grew dry.
Long strands of his dark hair drifted across his eyes as he clutched the microphone and rocked back and forth with it, the intensity projecting in his voice. He’d tossed his patched leather to the floor, stripped to a black wifebeater that clung to him like a second skin and revealed the intricate phoenix tattoo coiling down his arm. His hips shifted while he moved to the beat of the music, his grey jeans clinging to those powerful thighs. Yet nothing snared her as much as his amber eyes focused straight on her the entire time.


Heat flushed through her at his undivided attention, and while she’d like to blame it on all the bump and grind going on around her, Kieran got her hot and bothered. However, she wasn’t one to sit back and melt. Liz met his eyes and winked with a smirk. She caught the hint of a smile by the crinkle in his eyes as he crooned away.
at June 25, 2018