{New Release +our Reviews} BLAME IT ON THE SHAME-3 : ASHLEY JADE 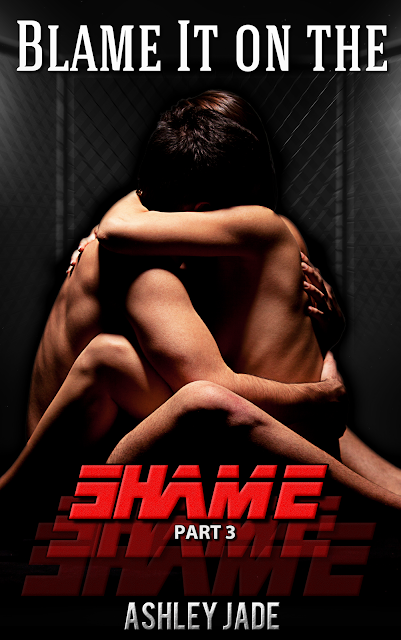 There's something lurking in all of us.Something we hide and shelter from those we love in order to protect them. A darkness we try to suppress because we're ashamed of who that makes us. Because that's the thing about Shame. It wounds us. It damages us.Or, for the few poor souls out there like me...it defines us.It's there—in the shadows, beneath the surface...just waiting.Until you let it break freeAnd the darkness consumes you. My name is Ricardo DeLuca. There are two things you need to know about me. The first—is that my heart will always bleed for her...
Only her. The second— is that I'm the son of the devil himself—the most feared mob boss who ever lived. 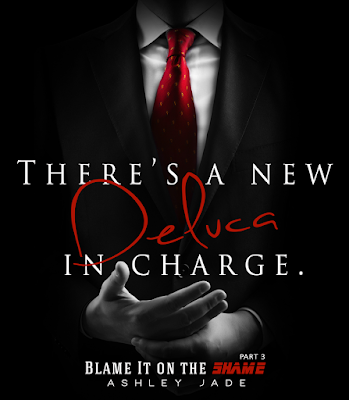 I asked for a ride and a ride I went on, Ashley Jade delivered on this final book in the Blame it on the Shame Series!! God Bless the love of Corn <3 b="">

“I love how responsive she is to me, I love that even when she pretends to fight it, she can’t. She’s as helpless to me as I am to her. And no matter which way the pendulum between us swings, that’s something that will never change.”

Ricardo, is trying to move on also but gets news that he never wanted to hear. This news has changed the plan of being separated from Lou-Lou. Now even more than ever, he needs to find her and will stop at nothing to figure out where she has moved to.

“I feel so whole when we connect like this, when we’re both stripped down raw to the bone. When we show each other our scars and put our demons on display.”

With the twists and turns in this story, it’s very hard to understand completely who it is that you can trust. Who it is that you can believe will help you. Who will stand behind you even though your last name is DeLuca. Even though the one you love is out there somewhere, it’s the monsters who appear that make you second guess your every move.

What a page turning book that ended this series, just the way it needed to end!!!

remember this line from book 2? It's so fitting in book 3
Befitting and hopeful end to a volatile thrilling story.
Ashley drove this roller coaster from start to finish with loop de loops and twists and corkscrews and upside down turns. Just when you thought you had it all figured out, there came another shocker.
Ricardo DeLuca is now the new Capo with a killer streak. He doesn't tolerate insubordination or any laxity . People who fail to do the job get muzzled by his gun. Simple as that ! He has no qualms about shedding blood to make an example out of or to instill complete obedience in his ranks. He's off his rockers I think. All the travesty he has gone through with Brad, Lou-Lou, Jackson, Tyrone in books 1 & 2 as made him unhinged and unpredictable.

" for the first time... I think I understand why the DeLuca's end up the way they do. We weren't born evil... we become it. We're turned into these made men by the DeLuca Mafia. We're created the second we realize that we can't save the people we care about... so we might as well kill them. Because no matter which way you look at it... the people we love are fucked. There's only one way out of this life for them. Blood only goes out...never in."

But his travails are nowhere near the end. In fact they're just beginning.
Nobody likes a monkey on their backs and he has 3.
Council is threatening as ever
Lou-Lou is devilish as ever
His enemy #1 is as venomous as ever. Who do you ask.....read the book to find out.
There's Momma as entertaining as ever.
I like how Ashley has embraced the dark and twisted and has broken her glass ceiling
Momma is funny as hell and keeps him in line

“Please be careful.” I fight the urge to roll my eyes... this is exactly why members of the mafia don't take their mothers with them when they're out conducting business."

Lou-Lou has nightmares. Who won't after the ending in book 2, she's haunted and scared and traumatised.
Just when she thought she could breathe easy a whole new mountain of troubles descends on her in a new avalanche of violence and bloodshed.
I was happy how things ended and really wish Ashley all the best :)

I'm a lover of psychology, romance, erotica, dark romance, dark erotica, and anything thought provoking...except for math. I've always read books growing up, and after having a strange dream one night; I decided to just go for it and publish my first series.
Little did I know, I would end up falling head over heels in love with writing.
If I'm not researching, paying off student loan debt, or writing a novel- you can usually find me watching my favorite series on Netflix, stealing my man’s t-shirts, or pondering the meaning of life.
Check my page for future novels.
Also, feel free to start a discussion board/or leave a review if you're so inclined.
I value and appreciate all my fans reviews, thoughts, and discussions, as well as their time. Each and every single one of you are important to me.
Thanks for believing in me and giving me a shot. It has meant more to me than you'll ever know.