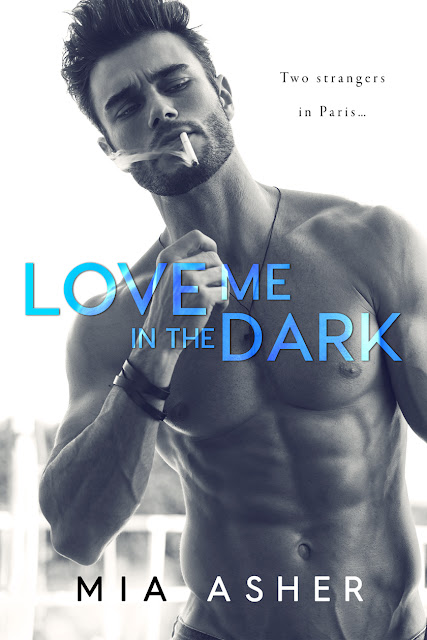 He was the artist upstairs
with the tantalizing smile and laughing eyes.

He was the devil inviting me to sin,
seducing me to dance in the bright moonlight.

He was desire and need.

When he touched me, my body sang--
my soul came alive.

But I belonged to another man,
and he didn't want to let me go. 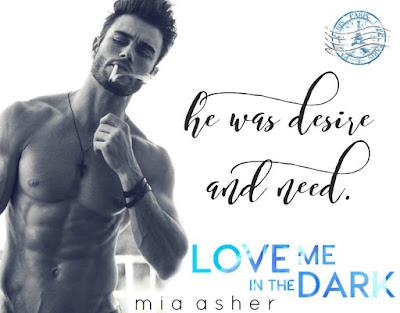 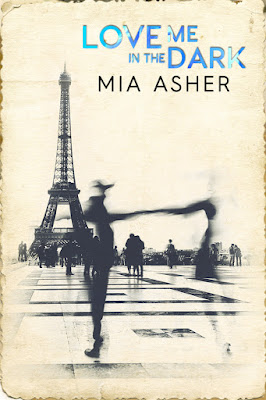 I'm a writer, a hopeless romantic, a wanderer, a dreamer, a cynic, and a believer. And, I might be a bit crazy - but who isn't?

I believe in happy endings however I know that not everyone is lucky enough to get one, but such is life. I think fine lines exist to be pushed and possibly crossed. 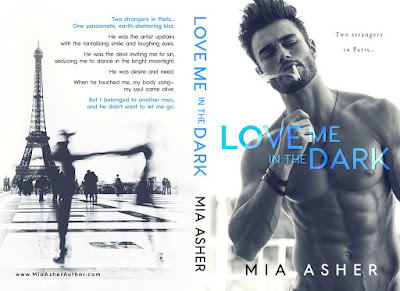 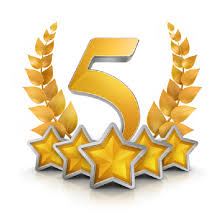 “Besides if you keep running into something good, maybe that’s fate telling you that you shouldn’t let go.”

It all begins with Valentina constantly running into some things that aren’t good in her marriage.
Spending time in Paris to have alone time, to figure out which direction she will head is just what she needs.

‘When I look at you I see a woman who might’ve hose her way, but I know she’s brave enough to find it back. She knows it too. She just needs a little push in the right direction.’

Sebastien is full of love, positive vibes and dotes on the one he cares about. But he hasn’t had that need in a long time. Sure, there’s been no lack of women in his life. But none that have made him feel alive again.

“Because when you finally find something worth living for, you fight until there isn’t one more drop of blood left in you.”

How does one go on living when one part of your life is a lie and the other part is love? This beautiful, wonderful written story of love will have you understanding more of what a person wants out of life…instead of what a person is doing to live their life.

Sébastien , You're My Midnight thought and my 11: 11 wish.
I fell head over heels in love , with piercing Blue-eyed Sébestian Leroux. Artiste extraordinaire , a man who painted as passionately , as he made love . I forgot he's not a real, breathing, living man, but just a figment of Mia's imagination. But for just today, he's alive and he's mine!!
From the love drenched city of Paris, comes this passionate story of Valentina and Sébestian. They are ships that pass in the night. A chance encounter, a fate entwined. She's trying to find herself, he's trying to lose himself. It's full of tender moments & bridled passion, because she's still tethered to another man , who refuses to let her go.
"I’m jealous of this man and woman who can easily give their middle finger to convention and the rules of etiquette in the name of lust and desire. Once upon a time, I didn’t care what people thought of me. Freedom felt too good to give a shit. But that was many years and lifetimes ago."
The moral dilemma that plagues Valentina is , does she follow her heart , or find forgiveness in her heart.
It's a woman's eternal battle. In trying to mold herself for william, she buries her own entity and with distance wants to find her soul. She still doesn't know what kind of eggs she likes !
This part resonated with me.
But love finds you, no matter how much distance you create between hearts.
" Love can be like that. Make one fly so damn high, you’re blind to the fall. And, sometimes, even if you see it— know that there’s no way you’ll survive it— you just don’t give a damn because it feels damn fucking good.”
And this book made me feel Damn.effin.good !
I'm still swooning , still dancing in the rain with Sébestian. Bring on La Bohème!!
5 star-studded, Eiffel Tower Stars
#BookBistroBlogApproved