The Swamp is about to get a whole lot hotter! The Outskirts by T.M. Frazier is LIVE!

The Outskirts by T.M. Frazier

Sawyer wants a life of her own.
Finn wants to forget he ever had one.
After a tragedy, Finn Hollis escapes
into the swamp to be alone.
That is until Sawyer Dixon shows up,
all SCORCHING HOT innocence,
claiming she owns the land less than
fifty feet from his front door.
Sawyer gets under his SKIN, but even worse?
She makes him WANT things.
Things Finn hasn’t wanted in a very very long time.
Finn WANTS Sawyer gone.
Almost as much as he wants her in his BED.
The Outskirts is Book One in the Outskirts Duet.

T.M.Frazier is a USA TODAY bestselling author. She resides in sunny Southwest Florida with her husband and her young daughter. When she’s not writing she loves talking to her readers, country music, reading and traveling. Her debut novel, The Dark Light of Day was published in September of 2013 and when she started writing it she intended for it to be a light beachy romance. Well…it has a beach in it! 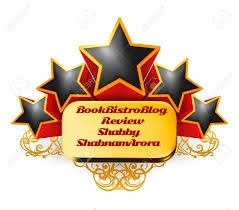 Another scorcher from TM, a scintillating story of powerful kind of love that chases away Dark clouds and brings sunshine to dismal lives ! Visually compelling, simplistic yet profound, full of heart warming earthiness , this story will warm your heart and make you believe in love .As soul stirring as country songs and as wholesome as soul food, it's a plenishing book , that I loved gorging on . Too bad it finished very soon!! :,( 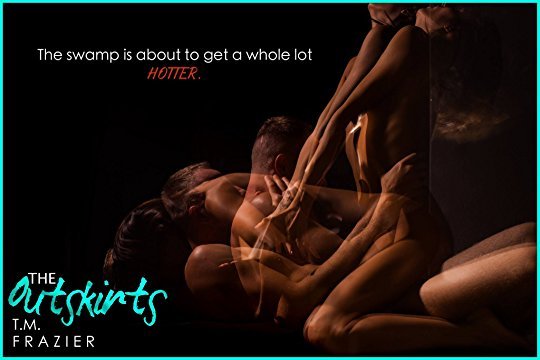 Now about the actual story-Sawyer Dixon is trapped in an unholy environment and forced to bury her personality, her dreams, her voice. Be a non-thinking, non-feeling person. But an inconsolable loss slaps her in her face and she grows wings, To fly away to freedom.If I kept on living the way I was. The same way Mother had lived. Subservient. Submissive. Abused. Battered. Then that sermon, those very same generic words and lies about a life she never lived, would be spoken at another funeral someday. Mine.And she lands in.......the middle of nowhere, literally. Her neighbour is a reclusive Yeti Of The swamp. Complete with head up his ass and an attitude of a Bear stung by bees !! And that's on his "nicer" days. Finn Holis is drunk out of his grieving mind, generally as social as a swamp Ape and hell bent on driving (scaring) away anybody who steps on his land. He resides in his crumbling swamp-shack , wandering in the croc infested bayou . He just wants to be left the hell alone. 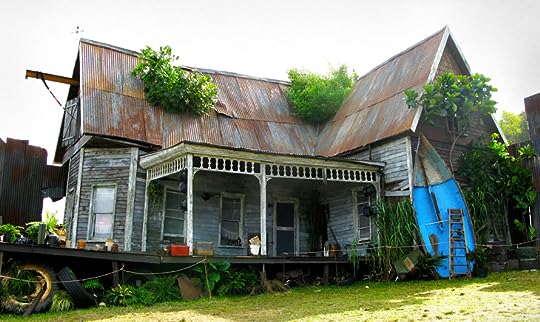 But Sawyer isn't going anywhere. No ma'am. Come tornado or storms or the piss ass drunk neighbour. She's here to stay , cause she can now breathe freedom, even though it's laced with rotten sulphur like swamp stench !!I can't tell you anything more about the who, why and how of the story, but I can tell you this .It's P.H.E.N.O.M.E.N.A.L.!!The setting is southern- charm and hostility included. A Podunk town in the middle of nowhere, in an almost abandoned town with a handful of population, where everybody knows everybody else's business, or history for that matter.The small town charm is in full swing. Tracie finds beauty in all the natural places in the story and you'd think they're right in front of your eyes Mist rose like steam off the damp ground like it was making an offering to the sky. A prayer for night to become morning once again. The sun answered by rising slowly until its rays burst from behind the tallest of trees, bathing everything in its blessing of light and warmth. Turning the dark into light once again. It was while looking at that kind of beauty, that kind of wondrous creation when I couldn’t NOT believe in something or someone more of a higher power. 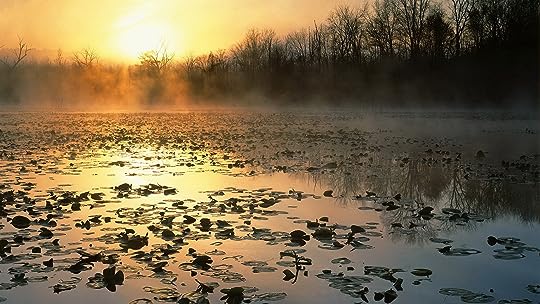 Endearing characters like Critter, Josh and Miller. I loved Miller and his adorable sass. He's a self proclaimed "Jack Of All Trades" a sommelier of narcotics. , though he's master of none ;) and his witty banter with Josh are real fun to read. Miller even goes on Super fun dates of tacos, sushi, and anal. . Yup he's a Prince Charming alright , wearing his "Fancy Tshirt" and all ( I loved his t-shirt Frazier)The book ends on a major WTF moment !!! I noted and loved how Tracie writes chapters in an old fashioned way, ending them on a surprisingly high note. You'll get what I mean when you read it. My only trouble- CANNOT wait for the next book... #WriteTracieWrite.She's officially the creator of ImmortalsKingBearPreppyDreRageFinnMillerSawyerCritter5 Adventures of Tom Sawyer and Huckleberry Finn stars #BookBistroBlogApproved