I was the low life.
The screw up.
The hopeless one with no future.
He was the rich guy. The smart one. The one who had it all.
My parents admired everything he did, while I was known for being their greatest disappointment. I didn't follow the path they paved for me.
I drank and partied and did whatever the hell I wanted. The buzz was something I couldn't live without - the fire that filled my veins after each sip always kept me running back for more.
But then I met her, and suddenly the drinks didn't matter. The parties weren't as fun. That fiery buzz came second for once.
I drowned only in her, wanting her more than I wanted to exist.
But even with her, I screwed things up.
Now, he's with the woman I love. And he may have her, but what he should know is that even with all of his money, that nice house, and his expensive cars, her mind, body, and soul will always belong to me.
And I'm not sorry about it, brother, 'cause she was mine first.

Shanora Williams is a New York Times and USA Today bestselling author who loves writing about flawed heroes and resilient heroines. She is a believer that love outweighs all, but doesn’t have a problem making her characters fight for their happily ever after. She currently lives in Charlotte, North Carolina and is the mother of two amazing boys, has a fiercely devoted and supportive man, and is a sister to eleven. When she isn’t writing, she’s spending time with her family, binge reading, or running marathons on Netflix while scarfing down chocolate chip cookies. 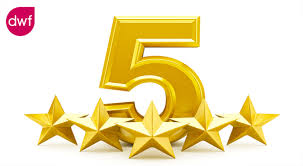 “What the hell are you doing to me Vinny?”
And, to this day, I still couldn’t find the answer to that complicated question.

Sweet. Intoxicating. Addictive.
Like 100 Proof Jack Whiskey.
I'm so drunk on the breathless love, the mounting passion, the painful angst that's seeping into my very pores. It's a phenomenal story about some very real, very flawed characters that are stuck in a maelstrom of life and cruel fate.
Vincent Chambers is besotted with Marlena Winters. One whiff of her sweet smell and he's a goner. Like an addict he can't get enough of her. Needs to drink from her sweet, sweet lips and body, get high on her , clutch her tight, like a drunk clutches his bottle of 100 Proof whiskey.
And then he crashes......or his entire life crashes. He goes through the painful procedure of cleansing himself...actually for her sake, it jolts him awake . To be a better man, for HER
Marley is already on a separate path. Away from Vin. She need to beat her addiction to Vinny too. away from her own drudgery of wants and needs. She HAS to sell her soul to the Devil.
But addicts are never fully cured are they ?

"Vin was an addiction. He made me high with just the simple trace of his fingers, the caress of his soft lips on my skin. He intoxicated me in every way.
He was the sun, and as the helpless flower, I needed him. He was the rain, nourishing my stem and petals, giving me life, growth, and strength— giving me what his brother never could. He was like a bumblebee, sucking away my rare nectar to build his own honeycomb full of sticky, sweet passion and love. I was his whiskey and he was the glass. He needed me to fill his cup and to make him whole. He needed me just as much as I needed him, despite our differences and despite the downfalls.
Flower and bee.
Whiskey and glass.
Fire and ice.
We were unstoppable together, like a glass of 100 proof liquor."

Oh Gawwwd! The emotions and feels this story gives ...it brought goosebumps to my flesh. Frustrating at times, I wanted to jump in the story and shake Marley so hard, but I understood her dilemma. Endearing people who were victims of their bad choices. I fell in love with Vinny and his drunk sorry ass.
I fell in love with Bob Marley and her shimmying to the music while painting, ass
I fell in love with the idea of their love.
5 100 proof stars
#BookBistroBlogApproved 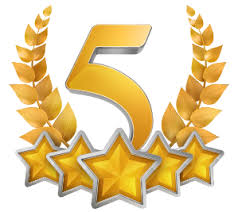 Well my goodness!!!! I never thought Daddy Black would be replaced… But low and behold comes along Vinny. WOW What an emotional rollercoaster ride this one was. From the very first page to the last words on the last page I was engulfed in this story.Vincent has had a crap of all life until that one party. The one where she was at. The way she danced, the way she was free, the way she talked to him. It’s a night that will never leave Vincent (Vinny). Three years later, she’s gone, left him at his lowest. ”I knew we were strong and rebellious. I knew we made the best love possible.” Marley grew up in a house that was full of trouble. Always looking for the excuse to get out of the house. Whether it be a party, pulling extra shifts at the diner, anything to escape what was going on at ‘home’. When her BFF Noelle came to take her to a party, Marley never knew that this one night would change her life forever. He was the sun, and as the helpless flower, I needed him.
He was the rain, nourishing my stem and petals, giving me life, growth, and strength. The journey you go on with this story is one of love, hate, redemption and sacrifices. If I could give it more than 5 stars, I certainly would!!!
at May 18, 2017