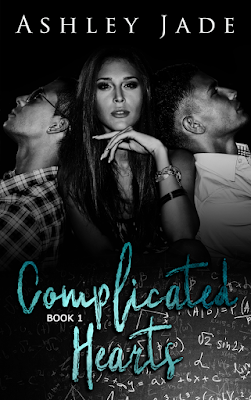 Breslin—I was in love with Asher Holden the moment I saw him...and I knew nothing would ever be the same.
Then he hurt me. He wrecked me. He ruined me.
I spent three years putting myself together—fixing what he broke.
I never thought I'd see him again after that day.
I was counting on it.
Little did I know—life had other plans...and things were going to become a lot more complicated.
Asher—I finally know who I am. I own it, I embrace it...I'm no longer afraid.
I live my life with no regrets now, because I've learned my lesson—the hard way.
I thought I had it all figured out.
But then my past collides with my present...and things become complicated.
Turns out I don't really know myself after all.
Landon— My life was all mapped out.
I knew exactly what direction I was heading in—I didn't have time for any roadblocks or obstacles.
Then I meet her.
And him.
Now, my heart is split right down the middle.
She controls the rhythm. He controls the melody.
Complicated doesn't even begin to cover it...and there's only one way this can end.
Warning: This story is for mature readers only, due to language and sexual themes. This story contains explicit content featuring m/f, m/m, m/f/m.
Trigger Warning:
This story is strange and unconventional. It's everything you hate. That's the only warning I can offer you. 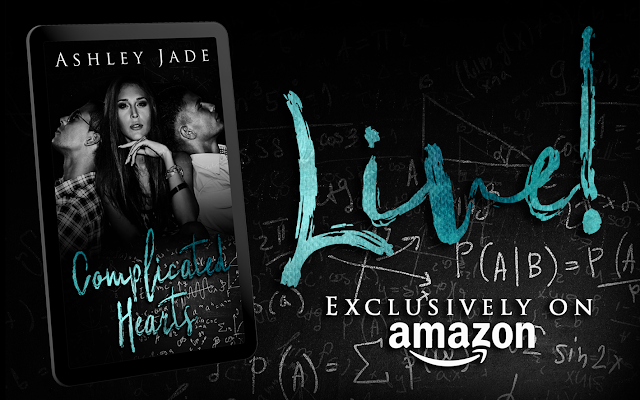 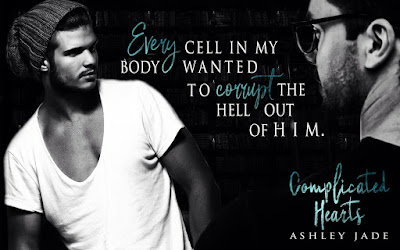 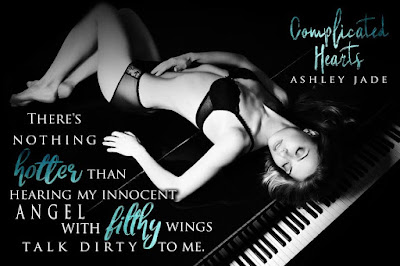 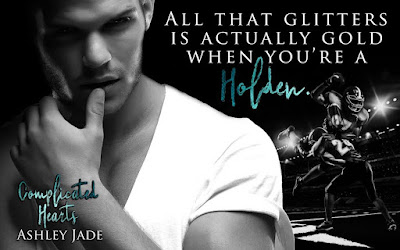 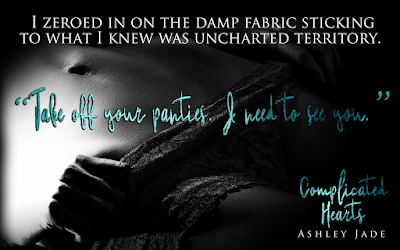 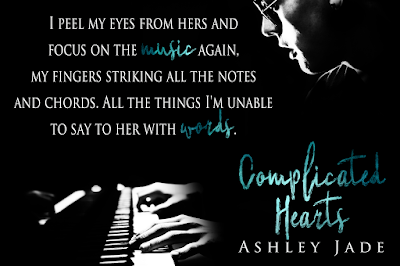 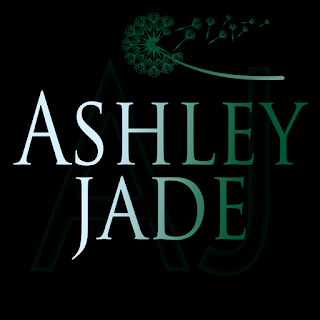 I'm a lover of romance, erotica, dark romance, oxford comma's, the em dash, peanut butter on my cookies and anything thought provoking...except for math.
I've always read books growing up and after having a strange dream one night; I decided to just go for it and publish my first series.
Little did I know, I would end up falling head over heels in love with writing and it would own and soothe my soul.
If I'm not paying off student loan debt, working, or writing a novel—you can usually find me listening to music and pondering the meaning of life.
Check my amazon page and Facebook page for future novels. I recently became hip and joined Twitter, so you can find me there, too.  I love connecting with my fans—you are my world. 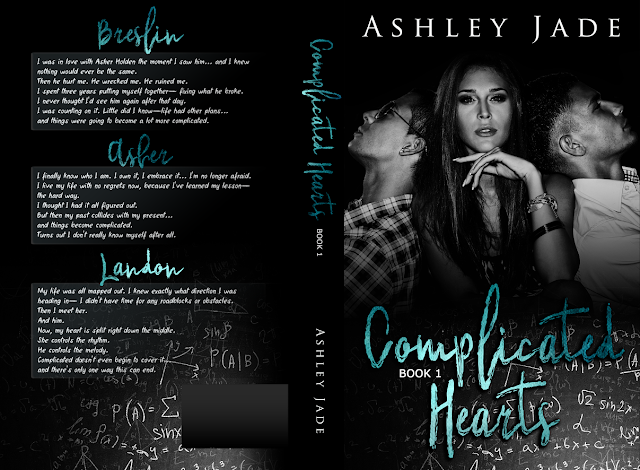 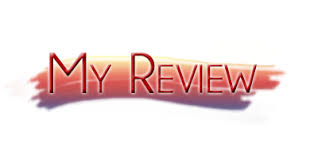 Well my goodness, what a wicked web Ashley Jade has woven for us in this book 1 of the Complicated Hearts series.

Breslin is in love with Asher Holden. The boy who stole her heart by standing up for her. He molded her into the girlfriend of the year. Till the day came when he ruined her… Moving on in life, she has a steady ‘boyfriend’, she is in college, she is trying to move on. But at the same time…he is still in her every thought.

Asher is caught up in a wicked plot. He has to play his cards right to get through it. But at what cost? He has hit an all time low and now is suffering another blow. Will he ever catch the break he deserves?

Landon confessed his love to her. Yet when the new student he needs to tutor comes into the picture, what are these new feelings?

What a rollercoaster ride this one is! On one hand, you are voting for this story to go one way…. Then a Y in the road and you are going in the opposite direction… The ending though… OMG!!! When does book 2 come out? I need it like right now!!! Because clearly we are at a pass…. Will it end how it is or is the story just beginning? Great job Woman!!! You sucked me in and left me wanting more. 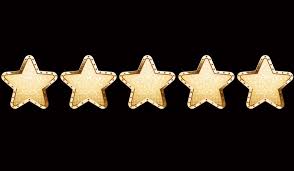 There's an elephant in the room. And it's balanced on a razor thin wire.
Either way it falls, the grass gets trampled.
Such is the dilemma of Asher Holden.
He's so young, his life going places. His career well on a golden path. when Gods spit on him and his life upends on itself, almost overnight. His life is balanced on a thin line demarcating his heart and brain. His balls are in a vice, his heart is in a grip.

"I'd just turned 18 and officially became a man, but I didn't know who I was. And it was honest to God, the scariest thing I'd ever encountered in my life."

There's Breslin and then there's........
Read the story to find out about it !!!
It's an unusual story. Something very complicated. Like a sailor's knot. The more Asher tries to unravel his life, the more he gets snagged in. Breslin a sweet girl. Her heart taken by Asher. And though it gets broken too hard, she never gets a piece of it back.
The story goes at a very steady pace. The characters, esp Asher and Landon are mesmerising ..
Never saw their story evolving. Kyle, I could seriously kill right now ! . I'd have loved to hear about Kyle's story more. What happened when he reneged on his part of the deal...yanno.
I thoroughly enjoyed the book. The feels were really strong and I enjoyed reading hot AF scenes. Never knew I would ;)
In the progression of the story, Asher develops the most. He is stuck between a rock and a hard place and he does his best to survive. He's a bit of a rascal though.. a lovely, heart capturing, smirking rascal no doubt.
Cannot wait for the next part now !!
5 Football stars