You don’t have to read the Consequences series to enjoy this stand-alone novel, but if you know Tony Rawlings, you know that disappointing him isn’t an option. Imagine being his youngest daughter...imagine telling him the unimaginable... “Those who don’t know history are doomed to repeat it.” Sometimes ideas find you, and dreams begin as nightmares. Sometimes the truth that has been kept hidden is the key to opening a door you never knew existed. “You might not know me. I’m the baby of the Rawlings family, the princess, the daughter who came along later. I’m not like my older siblings, successful at everything they touch. My mother and father have provided me with every luxury as well as their unyielding love and support, but I’m not spoiled. I’m also not content. By example, my parents have shown me how love should be. I don’t know their past, and that doesn’t matter. I know what I’ve seen—two people devoted to one another. I don’t believe that I’ll ever find that kind of love, the kind that forgives and accepts all. And as my life falls to pieces and I travel to visit my family to face their disappointment, I’m not even looking for it. I’m looking for an escape...from my life as a Rawlings...from the pressure to achieve and not let others down. I dream of the time I can live for my own desires without the expectations that come with my name. I don’t find what I’m seeking...it finds me. Or should I say...he finds me. This time is different. I have a family who will search for me and find the answers. Little do we know—any of us—that my father set my journey into motion long before I was born.” "Just as ripples spread out when a single pebble is dropped into water, the actions of individuals can have far-reaching effects." ~Dalai Lama Ripples (Unabridged Version) is Natalie’s story, the youngest of Tony and Claire’s children—their baby. This story first appeared in shorter form in Glamour: Contemporary Fairytale Retellings. Due to the length restriction of each novella in that anthology, many scenes in Ripples were shortened or omitted for that anthology. This unabridged edition is the entire story—double in length and—a full-length novel. Please enjoy this Consequences novel along with special appearances from your favorite Consequences characters.

Aletha Romig is a New York Times, Wall Street Journal, and USA Today bestselling author who lives in Indiana, USA. She grew up in Mishawaka, graduated from Indiana University, and is currently living south of Indianapolis. Aleatha has raised three children with her high school sweetheart and husband of nearly thirty years. Before she became a full-time author, she worked days as a dental hygienist and spent her nights writing. Now, when she's not imagining mind-blowing twists and turns, she likes to spend her time a with her family and friends. Her other pastimes include reading and creating heroes/anti-heroes who haunt your dreams! Aleatha released her first novel, CONSEQUENCES, in August of 2011. CONSEQUENCES became a bestselling series with five novels and two companions released from 2011 through 2015. The compelling and epic story of Anthony and Claire Rawlings has graced more than half a million e-readers. Aleatha released the first of her series TALES FROM THE DARK SIDE, INSIDIOUS, in the fall of 2014. These stand alone thrillers continue Aleatha's twisted style with an increase in heat. In the fall of 2015, Aleatha moved head first into the world of dark romantic suspense with the release of BETRAYAL, the first of her five novel INFIDELITY series that has taken the reading world by storm. She also began her traditional publishing career with Thomas and Mercer. Her books INTO THE LIGHT and AWAY FROM THE DARK were published through this mystery/thriller publisher in 2016. 2017 brings Aleatha's first "Leatha, the lighter side of Aleatha" with PLUS ONE, a fun, sexy romantic comedy. Aleatha is a "Published Author's Network" member of the Romance Writers of America and PEN America. She is represented by Kevan Lyon of Marsal Lyon Literary Agency. 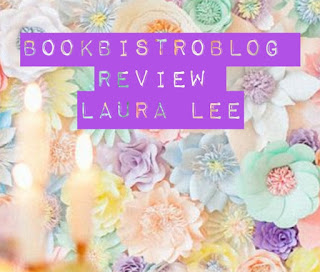 While we got a taste of Natalie and Dexter in the Glamour Anthology, now we have a full-size novel in this great release. What started out as a dreaded trip home for the holidays, turns into a plane trip that Natalie will never forget! From that dreaded plane ride home for the holidays, Natalie’s life changed forever.Dexter is dangerous! The kind of man you should listen to that voice in the back of your head saying…danger danger… Looking at him though, you are willing to push those voices aside and let him swoon you away. What Dexter does is go after what he wants and Natalie is who he wants! This my friends is where Ripples begins… 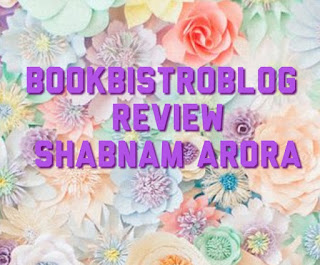 Ripple : The Prince And The Pauper appeared first in Glamour Anthology and now has been expanded to an unabridged version
Ripple tells the story of Dexter Smithers. He's as Dominating Alpha as they come. He's set his sights on young Natalie and just like an innocent Dove in the Hawk's crosshairs, she is ensnared by him. He goes to great , devious lengths to ambush and pluck her from her luxurious and doubtedly safe , velvet life and makes her his Queen. The Queen only bows in front of her King , but it's more than that. She kneels and begs and splays open her body and soul for him to spank, punish and caress.
It's a tough tale of vindictive love , a style Aleatha is a veteran writer of. Her Dexter Smithers sends shivers down our souls
Really dark and really intense. A thorough #AleathaGenre book
4 Bug-Star reads